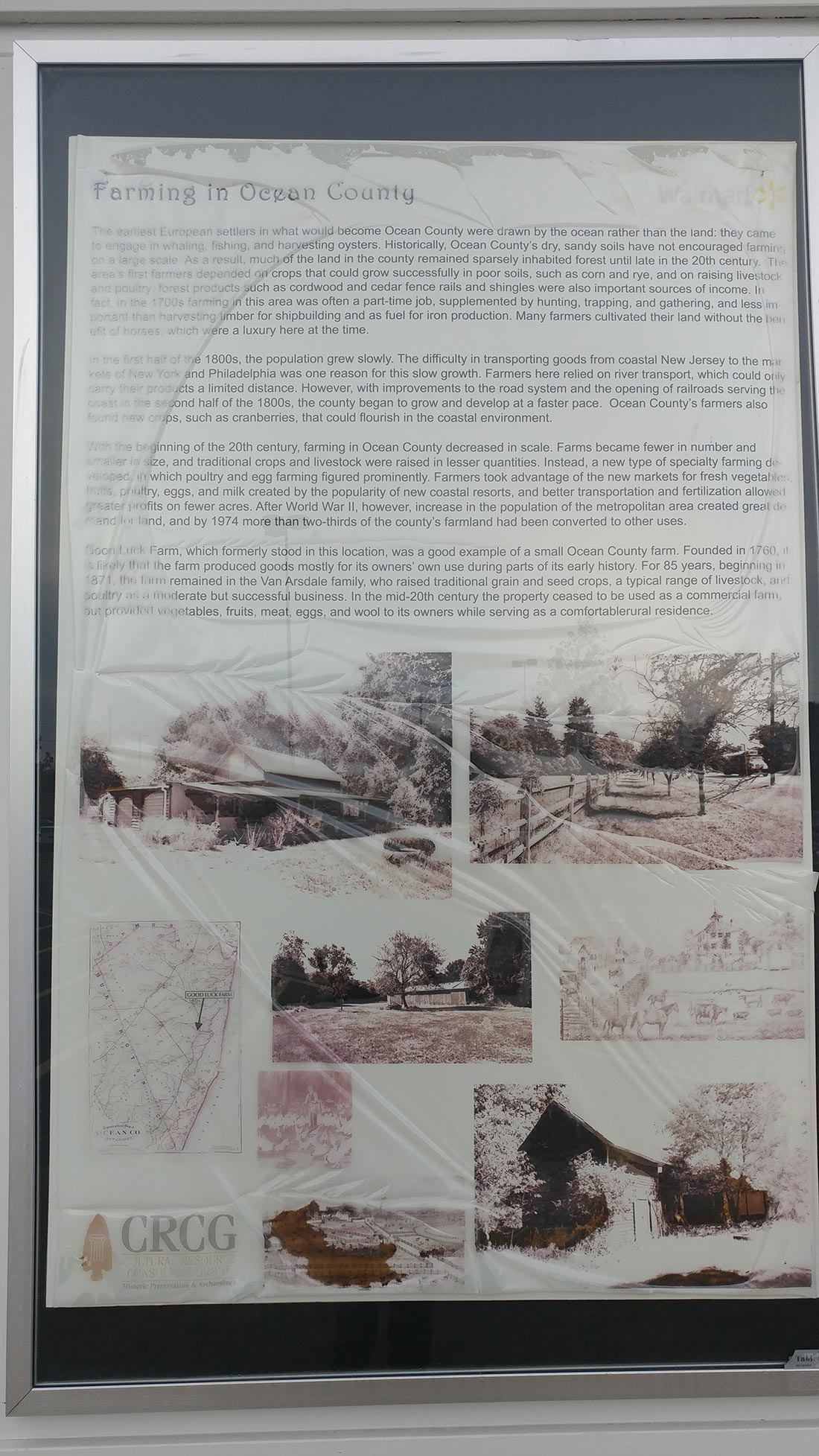 Months ago, on the way into the Walmart in Lacey, NJ, I noticed a sign that was posted in front of the store. The protective covering was in disrepair and I can’t imagine many local residents take notice of it, but since agriculture is dear to me, I wanted to save this text so I could refer back to it when I need to. It seems the area where the Walmart stands today used to be a local farm. I’m so glad they posted this info. Enjoy!

The earliest European settlers in what would become Ocean County were drawn by the ocean rather than the land. They came to engage in whaling, fishing and harvesting oysters. Historically, Ocean County’s dry, sandy soils have not encouraged farming on a large scale. As a result, much of the land in the county remained sparsely inhabited forest until late in the 20th century. The area’s first farmers depended on crops that could be grown successfully in poor soils, such as corn and rye. Raising livestock and poultry, forest products such as cordwood and cedar fence rails and shingles were also important sources of income. In fact, in the 1700s, farming in this area was often a part-time job, supplemented by hunting, trapping and gathering and less important that harvesting timber for shipbuilding and as fuel for iron production. Many farmers cultivated their land without the benefit of horses which were a luxury here at the time.

In the first half of the 1800s, the population grew slowly. The difficulty in transporting goods from coastal New Jersey to the markets of New York and Philadelphia was one reason for the slow growth. Farmers here relied on river transport, which could only carry their products a limited distance. However, with improvements to the road system and the opening of railroads serving the coast in the second half of the 1800s, the county began to grow and develop at a faster pace. Ocean County’s farmers also found new crops, such as cranberries, that could flourish in the coastal environment.

With the beginning of the 20th century, farming in Ocean County decreased in scale. Farms became fewer in number and smaller in size, and traditional crops and livestock were raised in lesser quantities. Instead, a new type of specialty farming developed in which poultry and egg farming figured prominently. Farmers took advantage of the new markets for fresh vegetables, fruits, poultry, eggs and milk created by the popularity of new costal resorts. Better transportation and fertilization allowed greater profits on fewer acres. After World War II, however, increases in the population of the metropolitan area created great demand for land, and by 1974 more than two thirds of the county’s farmland had been converted to other uses.

Good Luck Farm, which formerly stood in this location, was a good example of a small Ocean County farm. Founded in 1760, it is likely that the farm produced goods mostly for its owners’ own use during parts of it’s early history. For 85 years, beginning in 1871, the farm remained in the Van Arsdale family, who raised traditional grain and seed crops, a typical range of livestock and poultry as a moderate but successful business. In the mid-20th century the property ceased to be used as a commercial farm, but provided vegetables, fruits, meat, eggs and wool to its owners while serving as a comfortable rural residence. 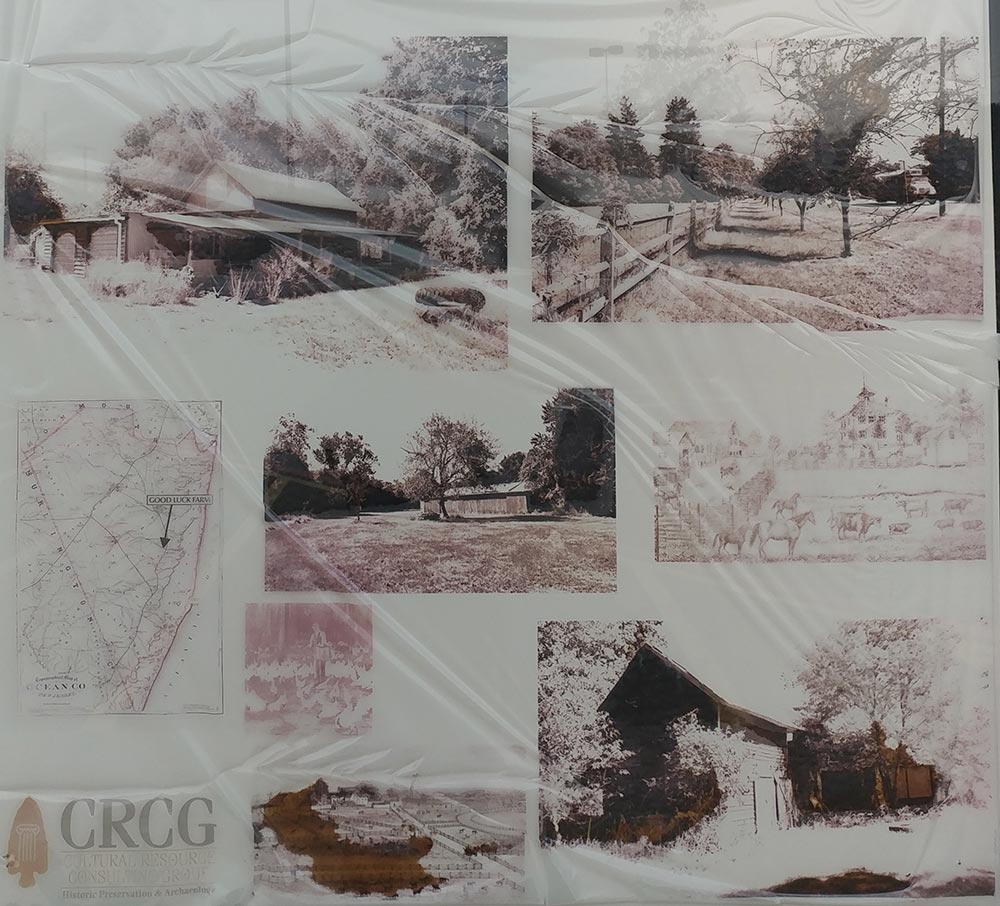