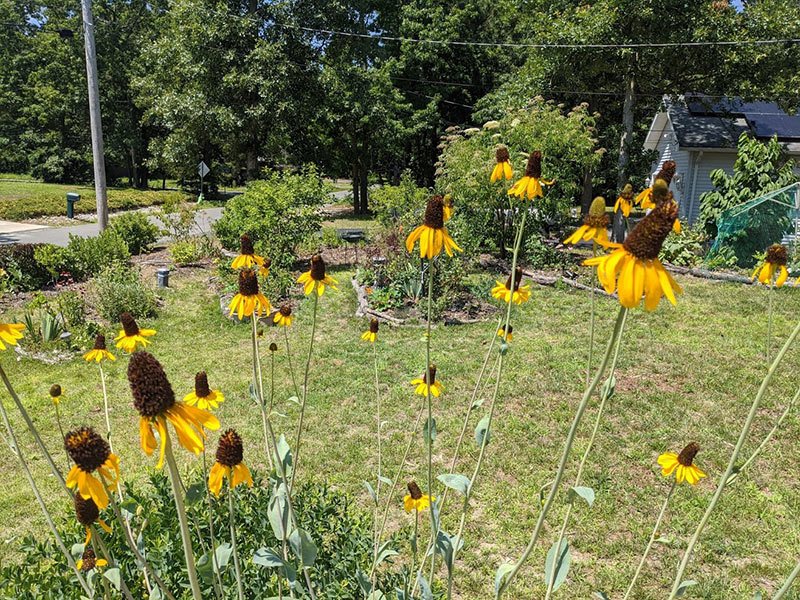 For me, gardening isn’t much different during the corona virus pandemic than the seasons before it. There are plenty of new gardeners online asking questions and struggling to find supplies, seeds, plants and tools they want to get started with the smart effort to grow their own food. I have my infrastructure set up already and though many of my spring seedlings struggled, I find myself in a yard in mid July lush with growth and a ripening harvest hanging from the vine, bush and tree. Did you know that Rattlesnake Plant is also known as Calathea lancifolia? There are so many beautiful plants you can add to your garden and take care of. 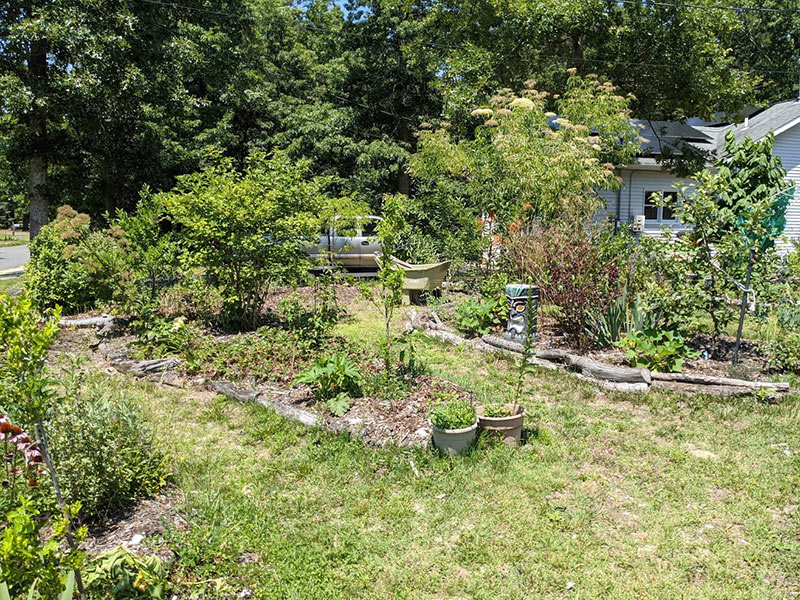 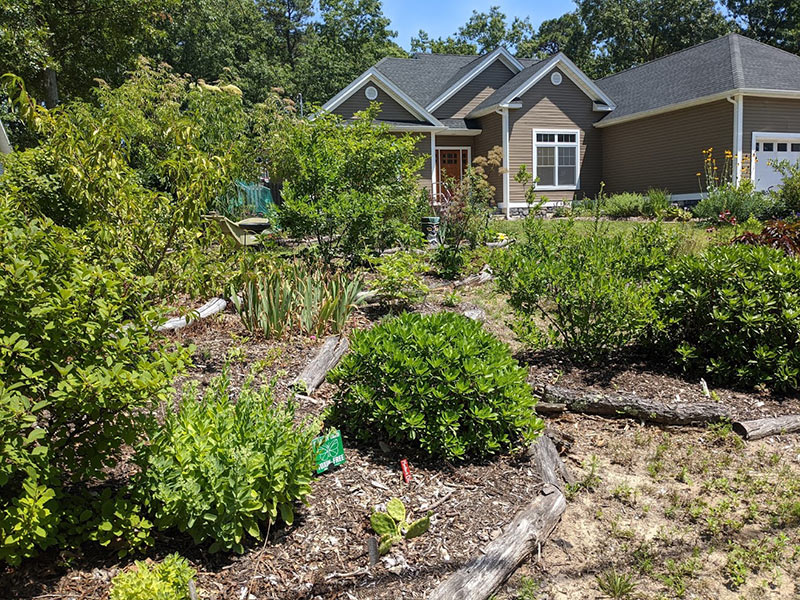 I made my first jam this year! Jostaberry/Gooseberry jam based on this recipe. I had half the berries it called for and knew I didn’t want to actually go through the canning process. We ended up with one large quart mason jar and we’ve already eaten half of it. Gooseberries are high in pectin so there’s no need to add it. The flavor and texture are excellent – delicious on fresh corn muffins.

I tour the property daily and prune, pot up baby plants, mulch and take photos. I wander around and dream of future projects and ways to improve the soil and my harvest. Sometimes I take videos to post to the mynjgarden.com YouTube channel because seeing those moments in time is fascinating as I review which plants thrived and which ones never made it past their first season… Today I moved some canna lilly tubers I had tossed into the compost pile back out into the garden because they would not be denied as they reached up out of the compost to find the sun. Even if the tubers don’t survive the rest of the summer in their new garden spots, the fleshy tubers will feed the microbes as they decompose.

The weather will challenge new plantings this week. Over the next 7 days, NJ will see actual temperatures in the 90s and a heat index of over 100 for many days in a row. The garden state withers in extended heat as our residents are not used to it and urban areas will likely see power outages as residents pump up the AC (if they have it). I pray for elderly and disadvantaged people during this time – as if concern over the pandemic weren’t enough…

Most of the posts in this blog were created in reference to our old house and the property where I planted my first vegetable garden, fruit tree and ground cover and discovered the subject of permaculture and gardening with nature instead of fighting to control it. The house in Beachwood is sold and we close on the deal at the end of the month. I’ve created a video playlist of the process of renovating that yard before the sale is final. 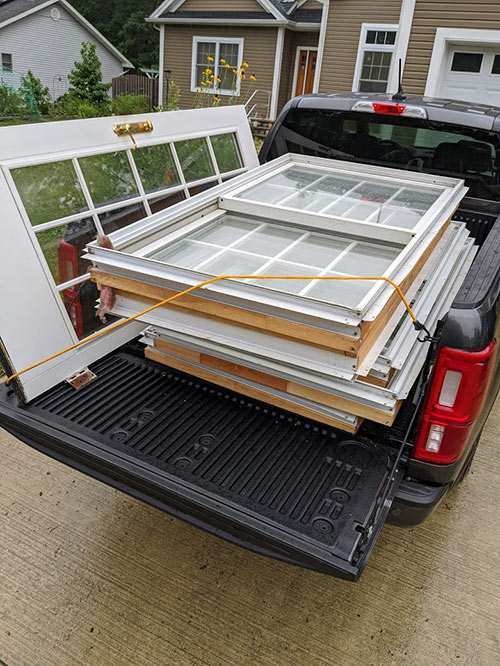 As that chapter closes a new one begins. We are in early talks with the owners of the wooded lot behind our current home to lease that property and expand to create new gardens and growing space. I’ve also collected a dozen windows and a French door to create a new, recycled window greenhouse. There are so many beautiful examples of other gardeners successfully creating these structures online and a few step by step tutorials on how they completed the project.

It’s SO exciting to look forward to a more permanent structure and I’ll be adding a gutter and another rainbarrel to water that side of the property. I’d like to incorporate electric for a light and heater as well as a ventilation fan.

It’s a good thing the property expansion has become a real possibility because this season I’ve been planting more in the space I usually reserve for wood chips. At least once a year, I solicit local tree services to bring me a load of wood chips for free instead of having to pay to dump them elsewhere. They happily bring me a truckload of at least 15 yards at a time… but this delivery takes up a lot of real estate. I’ve convinced myself that I’ll just need to pay for deliveries of shredded bark mulch moving forward. Now that plantings are filling in, I’m second guessing my decision… how will I possibly have enough mulch without arborist chips? When I expand to the next lot, I’ll be able to have them dumped there. Problem solved. 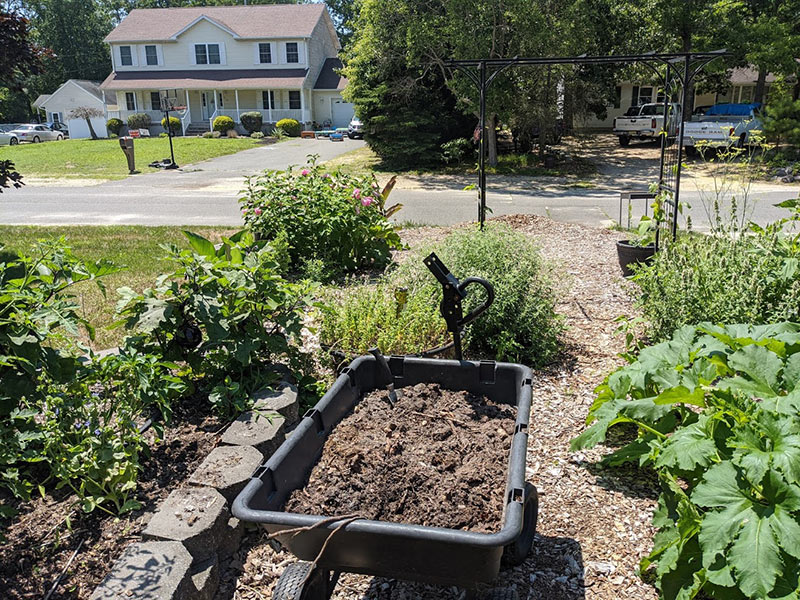 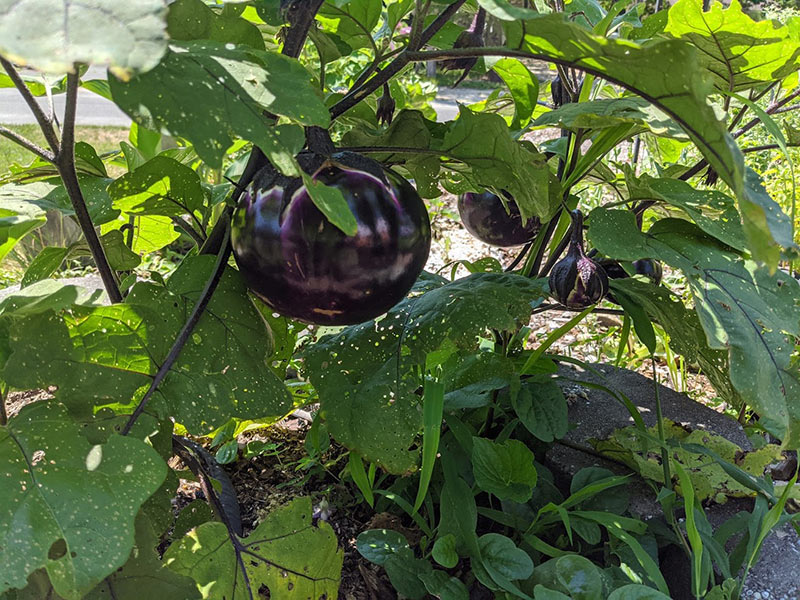 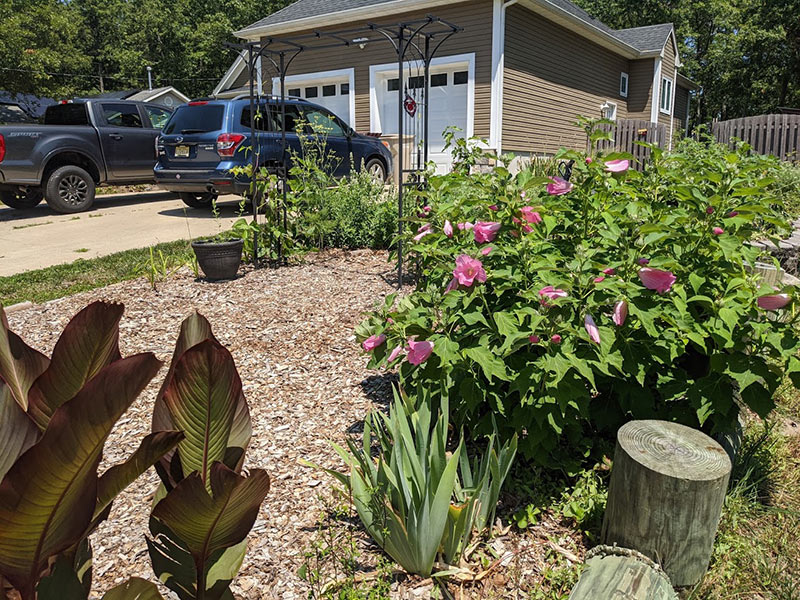 The figs have had a tough 5th year. I didn’t bother to wrap them this year and mulched them heavily instead hoping they would have less pest damage and a substantial enough root system to carry them through the winter. One of the two fig trees that were in the ground died just after the late March freezes. The other seemed like it was in good shape, but since I decided to wrap it again this coming winter, I wanted to limit the amount of main branches it produced and pruned new growth down to 3 substantial stems.

Earlier this month we had a severe storm with hail and 2 of the 3 branches fell. The last one laid down a couple of days ago and the leaves shriveled, though it was still attached to the plant. Maybe by pruning the new growth the way I did, I attracted insects or voles to the sweet smelling sap. There are a few small leaves sprouting from the base so I’ll leave it alone and wrap it for the winter to see if it recovers next year. 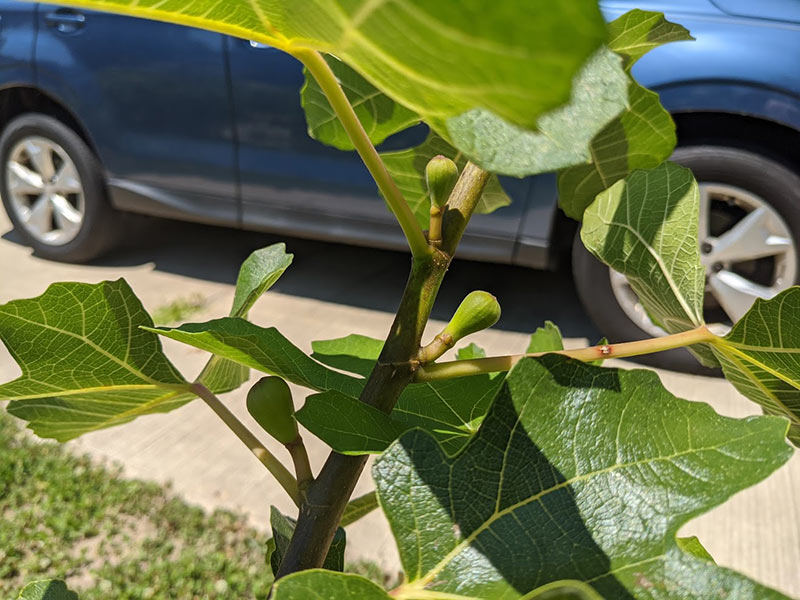 The potted fig is producing for the first time!! I ordered a new, cold hardy fig tree “Olympian”. I’m looking forward to receiving it. Should it go in the ground or in a pot?! I haven’t decided yet.

The rain garden looks great all through the growing season, I am really happy with the way the plants are maturing – but July? July is when the blooms are really having a party. 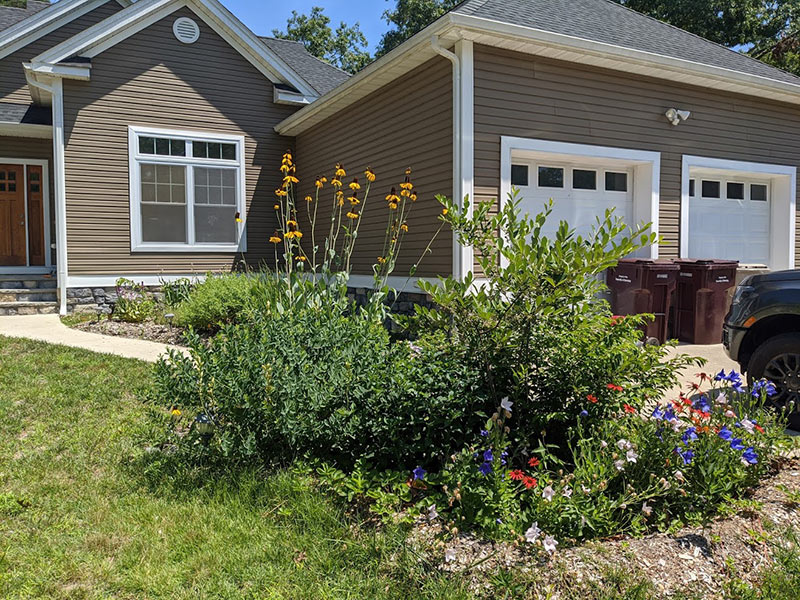