A quick update because the family is getting ready to celebrate Easter festivities and we’ve gotta get moving. 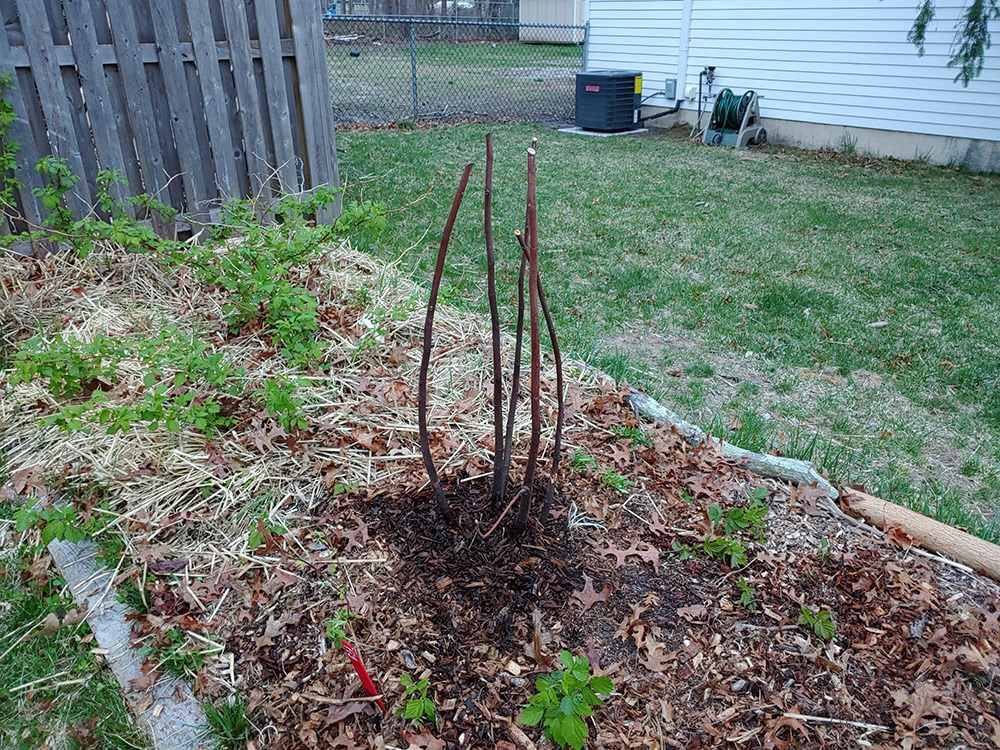 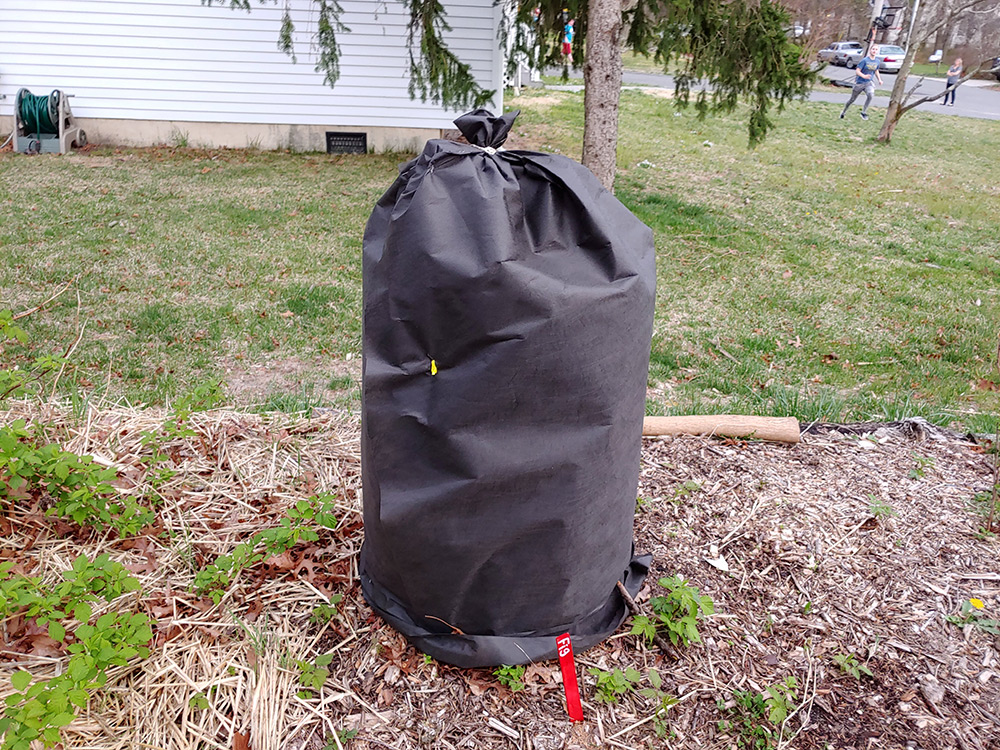 I unwrapped the figs this week and they look better than last year, but there was still a significant amount of die back. The branches seem light and brittle from at least half way up to the top of the trees so we’ll see how far up they actually leaf out. There are swollen and green leafbuds dear the base of each one, which is better than last year!

The new bare root quince and 1 of the jujube are starting to show leaf buds. I hope the other one can put out some leaves. The medlar I planted last summer is leafing out beautifully and it actually has a bud on it! Fastest flowering fruit tree every. I think it’s warm enough to plant out my tomatoes and peppers and squash so that’s what I’ll be doing this week over spring break.

The perennials are coming up in the rain garden (and everywhere else actually) and I need to make some more plant labels for what’s growing in there. I’ve decided to take out some of the newer thorny raspberries I put in because they are already spreading and i just don’t want to devote more space to them. There are too many other things is like to grow and not enough room. On an acre I would grow more brambles, but not here. 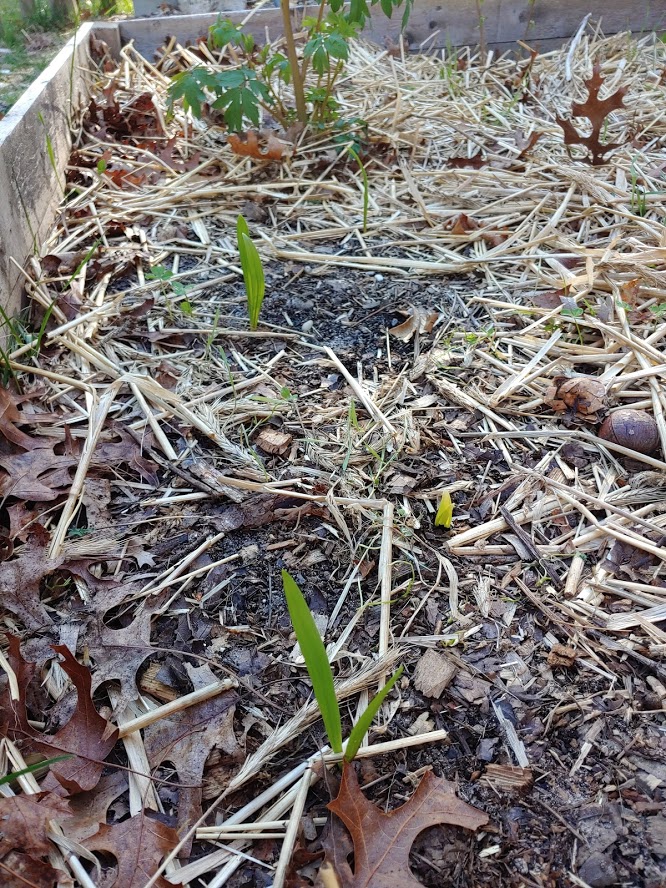 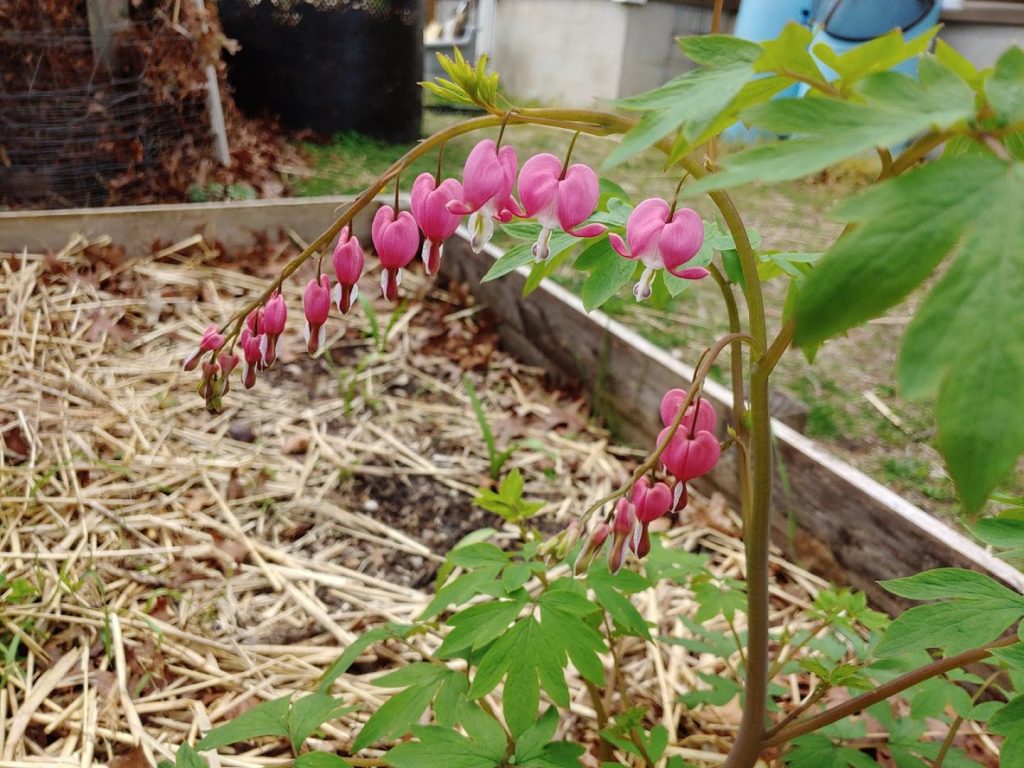 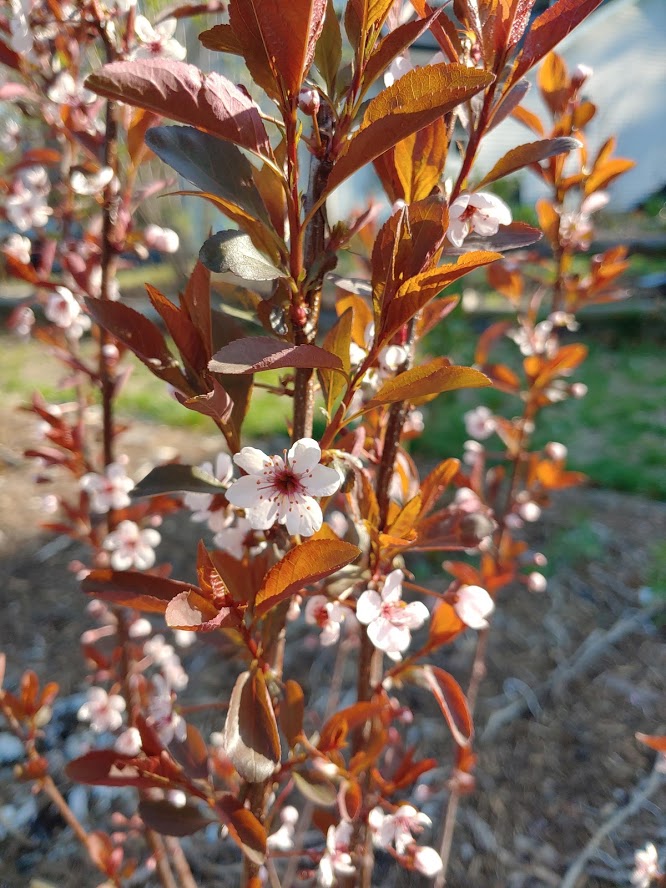 5 of 5 ramp bulbs successfully came up!! I won’t harvest any leaves this year but I’m glad I’ll have a patch going here. The may-apples and guomi berries haven’t arrived yet, i hope they ship them soon. I need to remove some runners from the elderberry and the high bush cranberry, both of those would be good to add to the SHIP gardens at Jake’s Branch Park. The next time one of the paw paws sends up a runner, I’ll bring that over there too.

The rhubarb is going to flower and I’m going to let it. I’ll save seed to share. I’m not worried about the plant putting energy into flowering cause I don’t use much rhubarb during the year so I’m not pushing for more edible spears. Also, the pollinators like those wacky flowers, even though they aren’t particularly beautiful.

I’m moving the cucumbers to the driveway bed this year… I think they may have struggled last year because they we’re close to the walking onions and in companion planting, cucs don’t like the allium family. Lots of new flowers added this year including a wildflower mix on the roadside strip. I can’t wait to see them bloom! What’s blooming now? Apples, Sand cherry, ribes, tulips, dandelions and the new mystery shrub that was supposed to be witch hazel but isn’t.

Check out the gallery below for pictures from the garden this week! 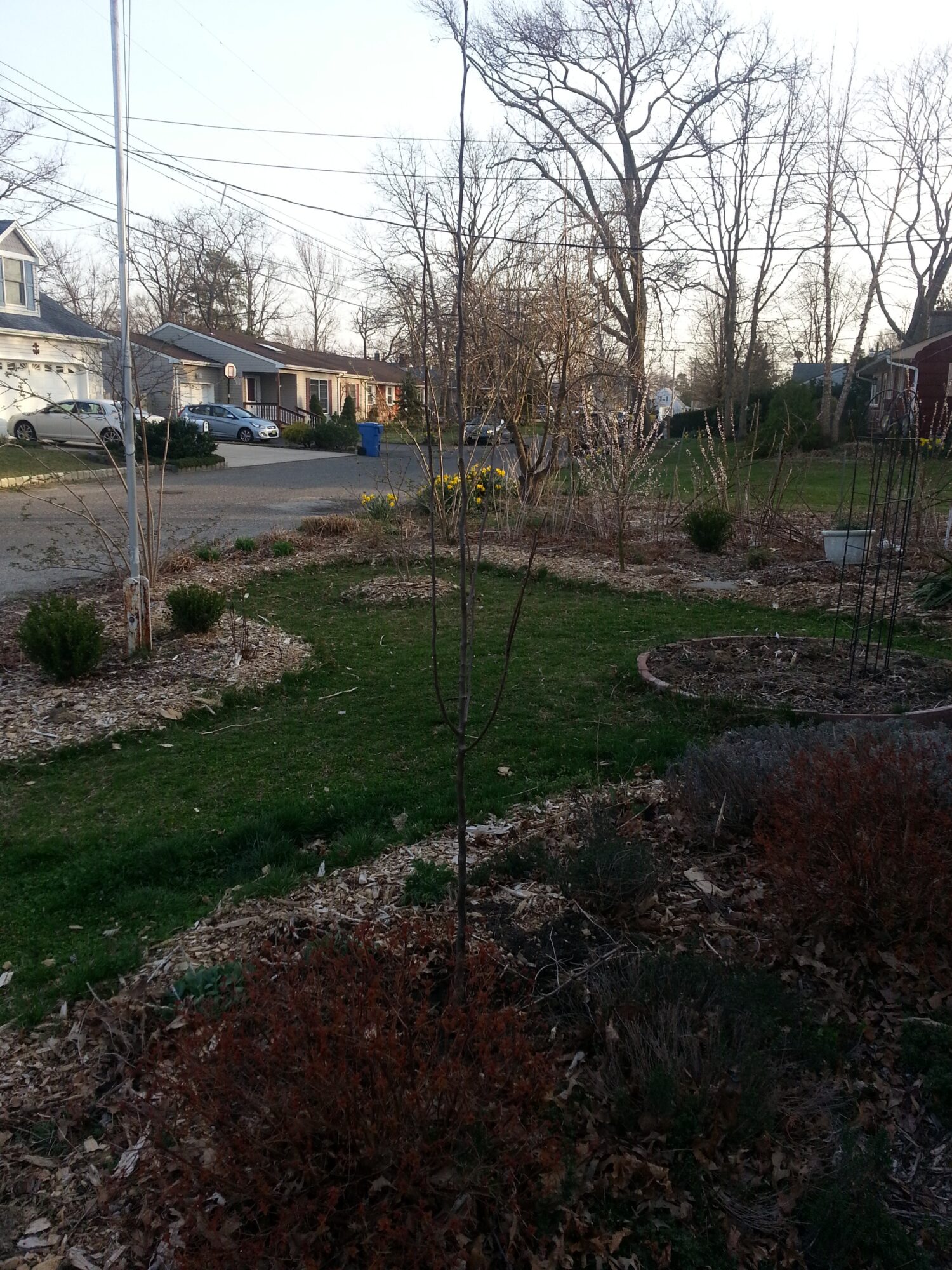 Morn Not Your Dead Loquat

The Hazelnut Gets a Polinator, Earlyglow Strawberries and Maimed Kiwi 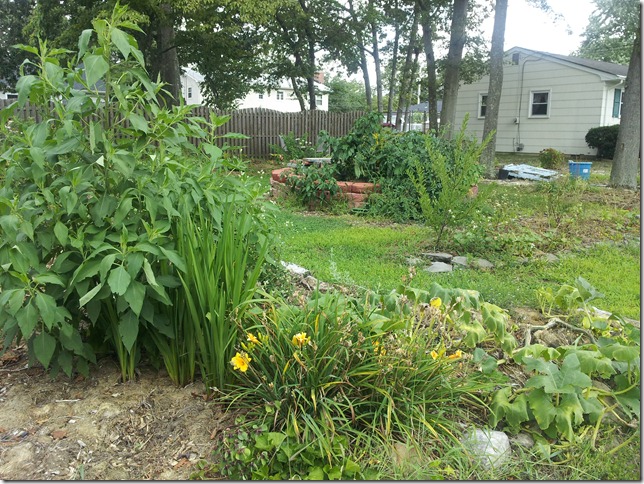