Last winter I put up the greenhouse in the backyard. Since we don’t have a lot of sunny window space in the house, I decided to start my seedlings in the greenhouse. There was plenty of space, and a whole lot of sun, so that wasn’t a problem. The trouble was, it was pretty cold at night when I put those seeds out there – so although we had some success… some of the plants that really love heat to germinate never got going. I had barely any success with the peppers and eggplants attempting this method and by the time I realized that they weren’t going to come up, it was too late to start over and I needed to go to the store and buy started seedlings. That’s fine and I’m glad that’s an option – but I have TONS of seeds and lots of varieties I’d like to try.


This year, I decided to start much earlier and to use the rest of the old broken fence panels to make a seed starting set up down in the basement. I’ve tried to start seeds down there before, but I didn’t have a lot of success so I knew I wanted to make some improvements. My new system includes a large floating panel that I’ve attached to the frame with metal chains. The lights are tied onto this floating panel (in case I need to replace them or add more, I don’t know since this is the first version of this) and they can be lowered or raised as the plants grow underneath. 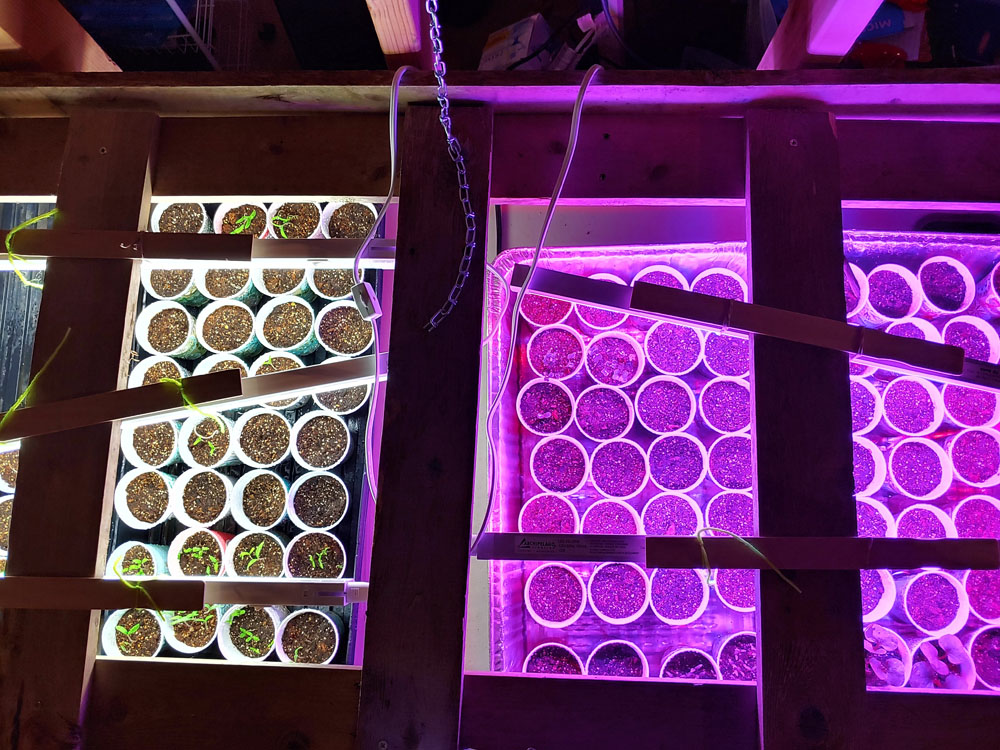 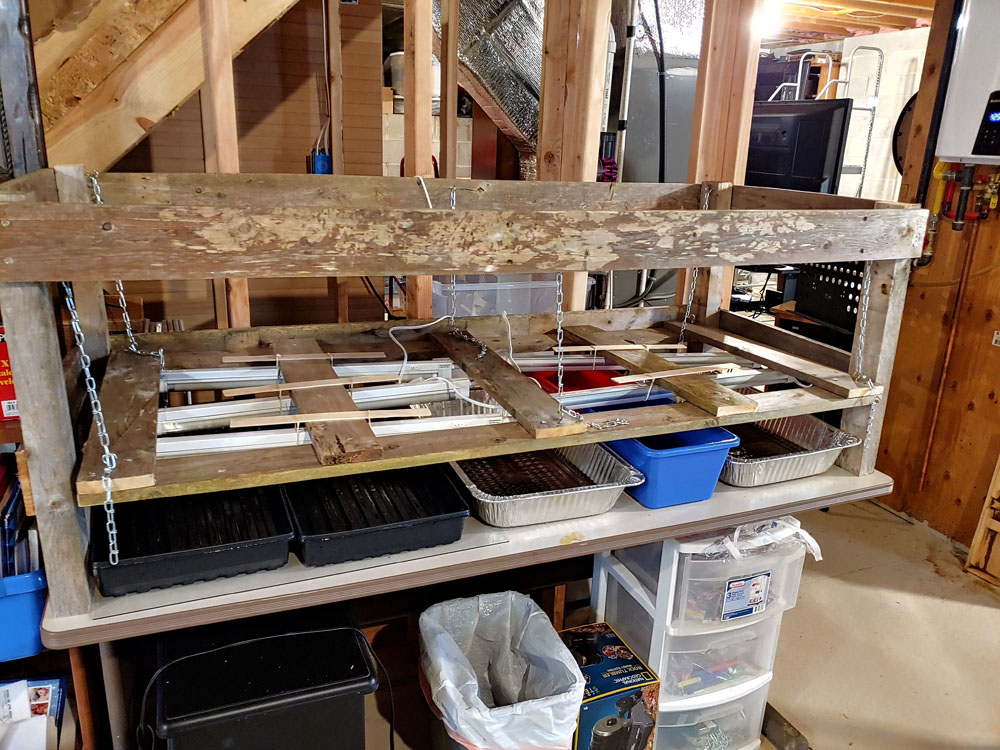 There are 2 heat mats under the seedlings. I’ve set up 3 1/2 large trays since February 8th and it seems I’ll need to buy at least one more heat mat to get the coverage I’m looking for. For now, I’m rotating the seedlings that have germinated to the outside of the trays to give the slower ones better access to the heat, but I’d like to keep them on even heat with the next round. Also, I need to keep my eyes open for a gentle fan, since I’ve heard that’s a good addition to fend off fungal disease and keep the stems nice and sturdy. I intended to set this up on a timer so the lights weren’t always on, but I wasn’t sure if I should wait until all the seeds have germinated or not – since the heat mats are plugged into the same power strip.

So far, I’m really happy with the setup and though it’s not all painted and pretty, I feel like with a few tweaks, I can provide a consistent and close to ideal environment to get things started for the garden. The reason I started so early was because I wasn’t sure how much success I would have and I wanted to have some time to start over if I needed to. Looks like a lot of what I’m starting is going to do really well – so I don’t think I’ll need to do that.

About the compost… I’ve been turning a pile that I put together in the fall when I raked the leaves and rescued a few tied up bales of hay from the recycling center in town. It’s about a 50/50 mix of those two ingredients with lots of food scraps and probably 4 or 5 big buckets of bunny manure (and soiled bedding) that is all mixed in. I’ve turned and watered the pile about 5 times since I put it together but NOTHING is happening. It’s very discouraging. I know the weather is cold and we haven’t had ideal outdoor conditions for a hot pile but come on! When I put the thermometer in there to check, it’s actually colder in the middle of my pile than the air is outside. Ugh. That’s NOT how this works.

I’m thinking that maybe the hay was sprayed with some kind of fungicide… that might slow down the fungal action in the pile. Not sure. I’m hoping as I add more nitrogen and the weather gets warm that thing starts to rot in a hurry. What else can I do but just totally start over? That would be annoying. 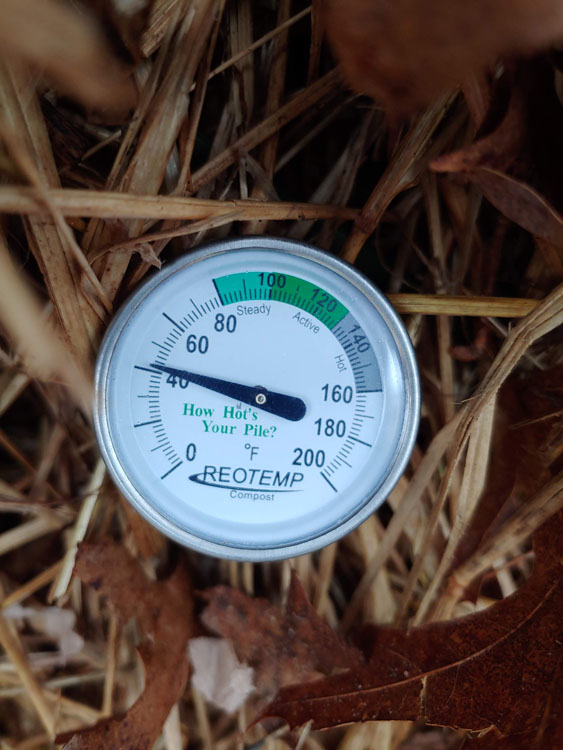 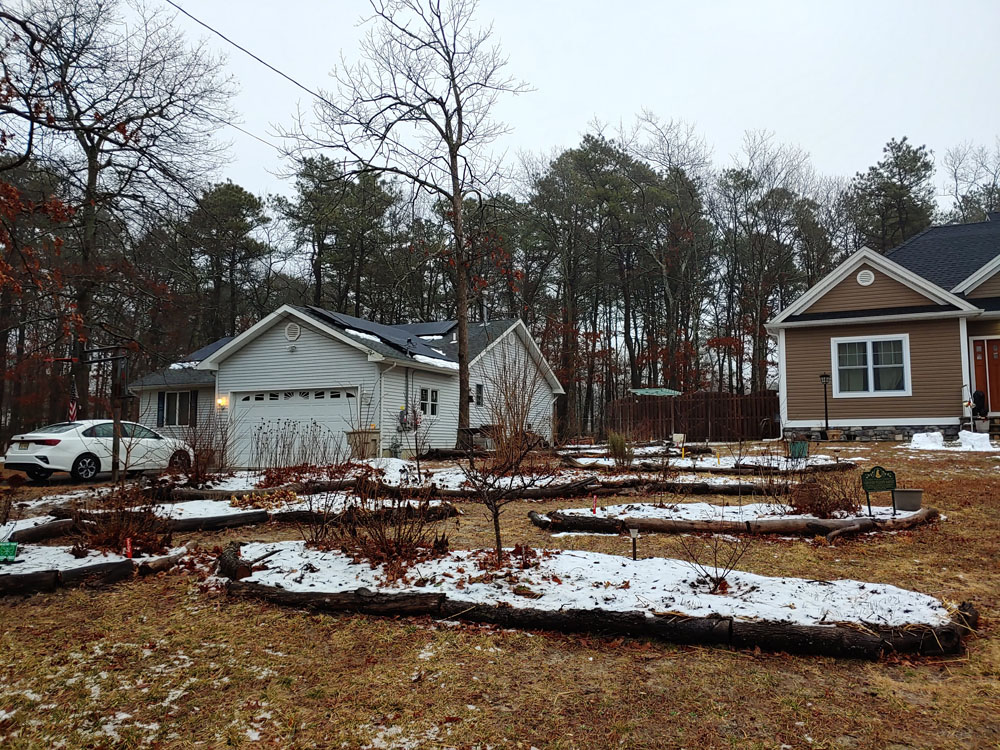 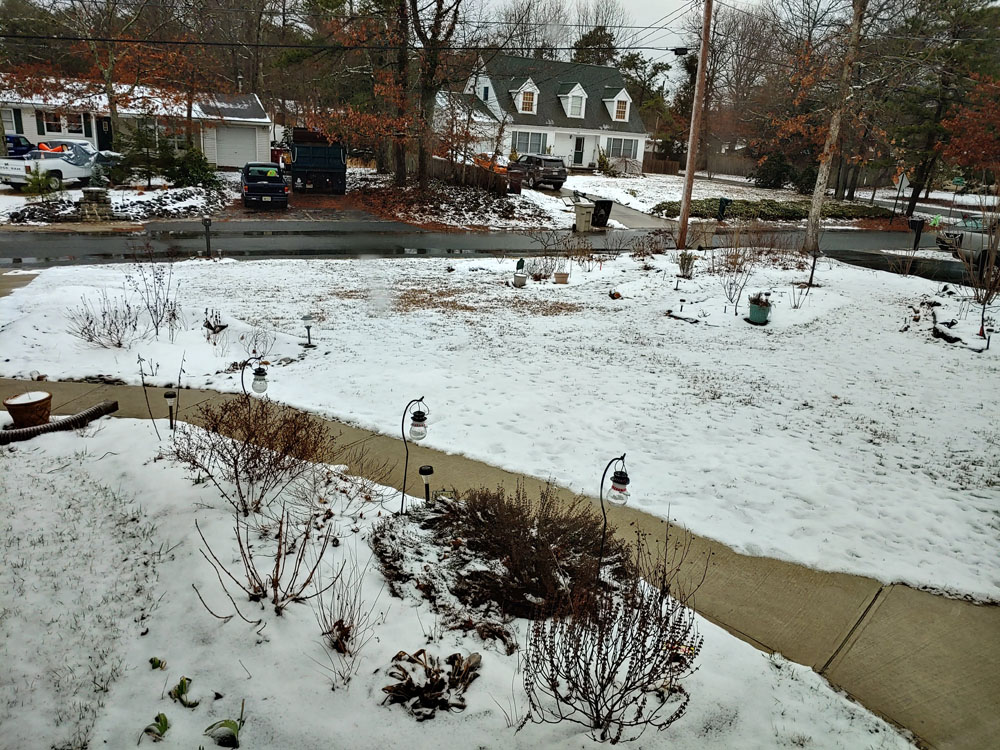 There’s still more time left before spring comes than I’d like. I go out and check on the plants…. the bunnies have chewed down all the Egyptian walking onions (they will come back anyway) and most of the strawberries. I need to bring a digging fork out to the Jerusalem artichokes and dig some of those up and eat them. I should have put them in the Instant Pot stew I made tonight! Dang, missed that one. I was considering when to cut back the aster before the new leaves come up in spring when I noticed a praying mantis nest hanging on one of the branches. That’s the second one I’ve seen out there. I left it alone. I love seeing the fat leaf buds getting ready to unfurl when the sun warms up the soil. I feel the same way. 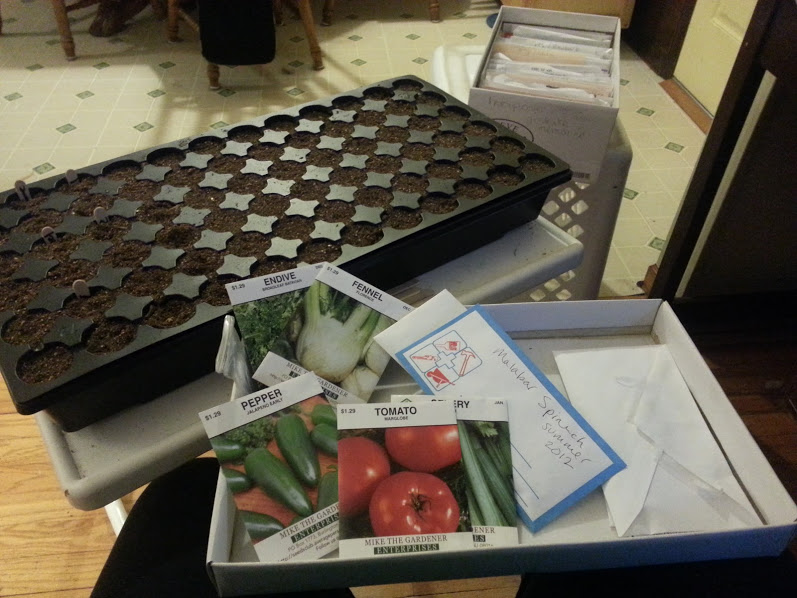 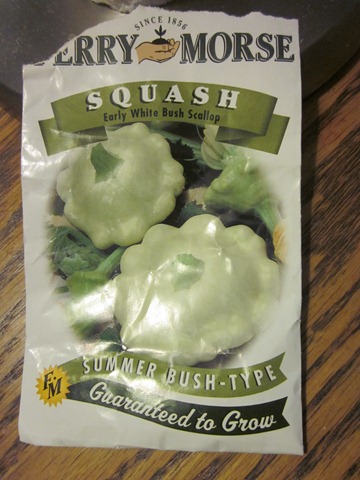 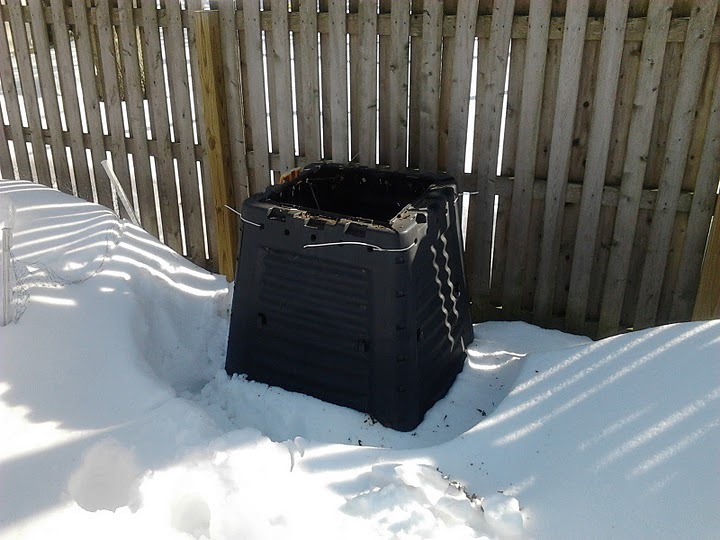