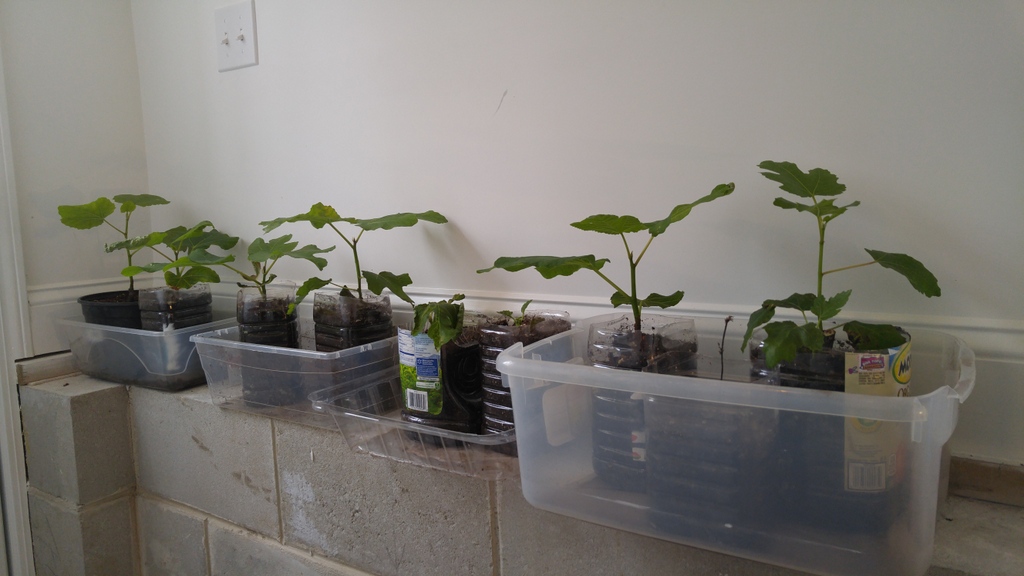 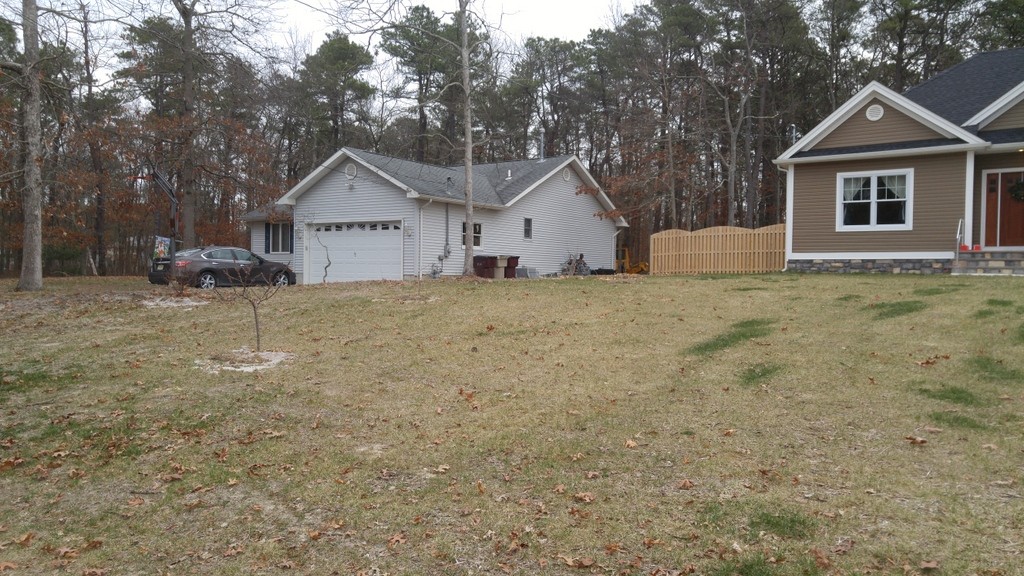 For the past week, I’ve been moving fruit trees and berry bushes from the old yard to the new one. So far, I’ve dug and moved 1 pear tree, a dwarf bonfire peach tree, 2 blueberry bushes, a high bush cranberry, a jostaberry (needs a pollinator), a gooseberry, a red current, 2 paw paw trees and 2 nanking cherry bushes. 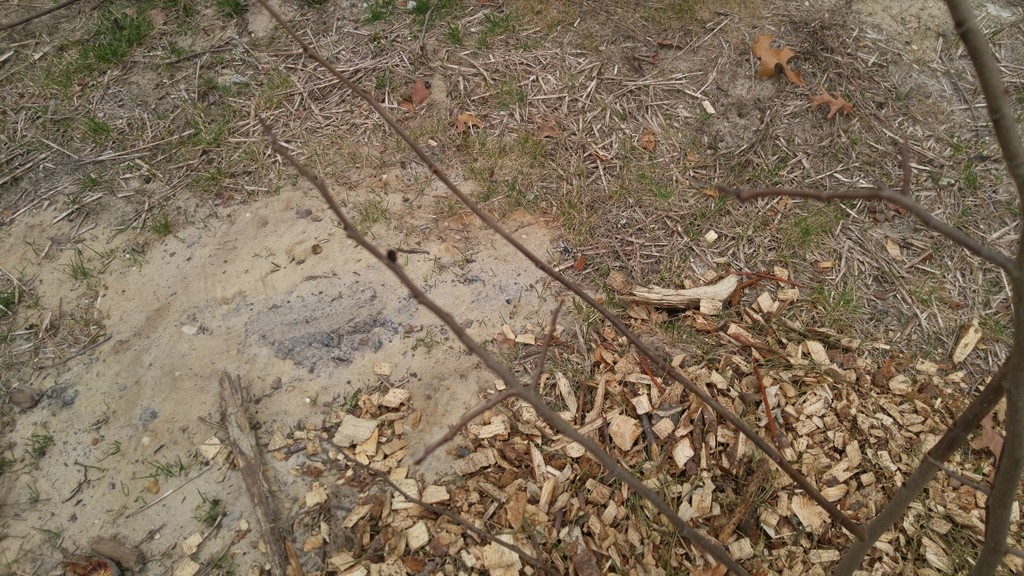 I didn’t notice when I moved the paw paws last week, but I think I see 2 buds on one of the trees!! This is so exciting because it will be the FIRST bloom! I guess it liked the organic fertilizer I added to the planting hole – or maybe the tree was finally READY. I took a look back through the blog, and I got these 2 paw paws from Miller Nursery back in March 2012 (see the original post here). The other one has no buds at this point, but I can’t get down about it. I am so glad I’ll get to see it flower this year. I hope it isn’t too shocked by the move.

I’ve started more seedlings than EVER before indoors, under lights this year. 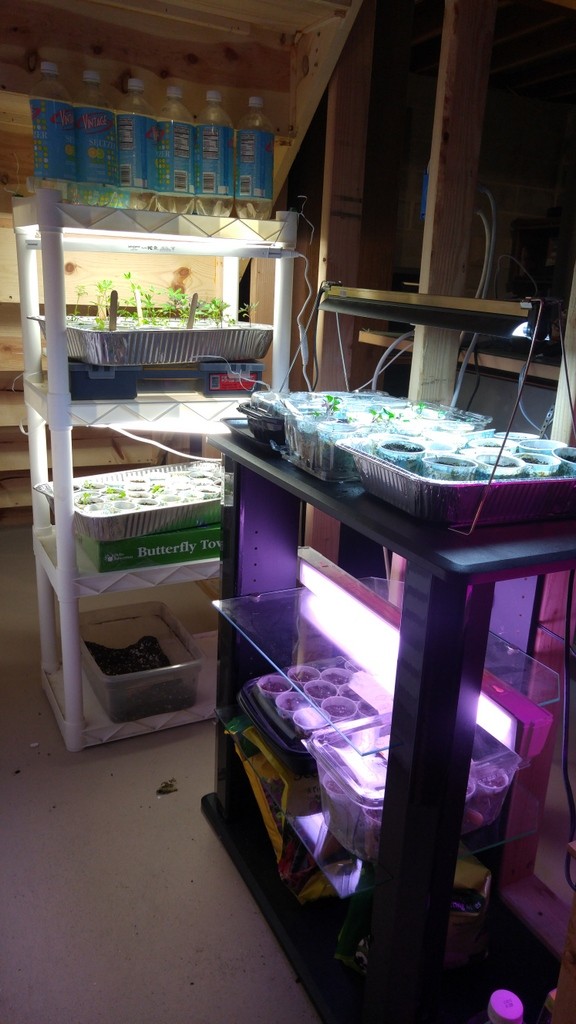 More than 1/2 these seeds are flowers and herbs – perennial lovelies to fill the yard with color. My mom is under the impression that I don’t LIKE flowers, because all I plant are edibles. She’s kinda missing the point, but I’ve decided to indulge her since it’s OUR yard now.

Some of the flowers I’m planting are to bring pollinators and improve the soil from a permaculture standpoint. I’ve started some lupine – a deep rooted legume flowering plant that fixes nitrogen into the soil right from the air and shares that goodness with the surrounding plants. I’ve also started some comfrey which brings nutrients up from the deep sub soil to share with it’s neighbors. It’s also good for chop and drop mulch because it has come-again foliage that will regrow multiple times in a season.

I’ve started an extra flat of marigolds to share with the http://bearscaregarden.com in case they need it for pest control and a bit of beauty.

We may see some snow this weekend, so I have to be patient a little longer. I think I’ll start hardening off the flowers next week to plant out when the weather is a little more consistent. 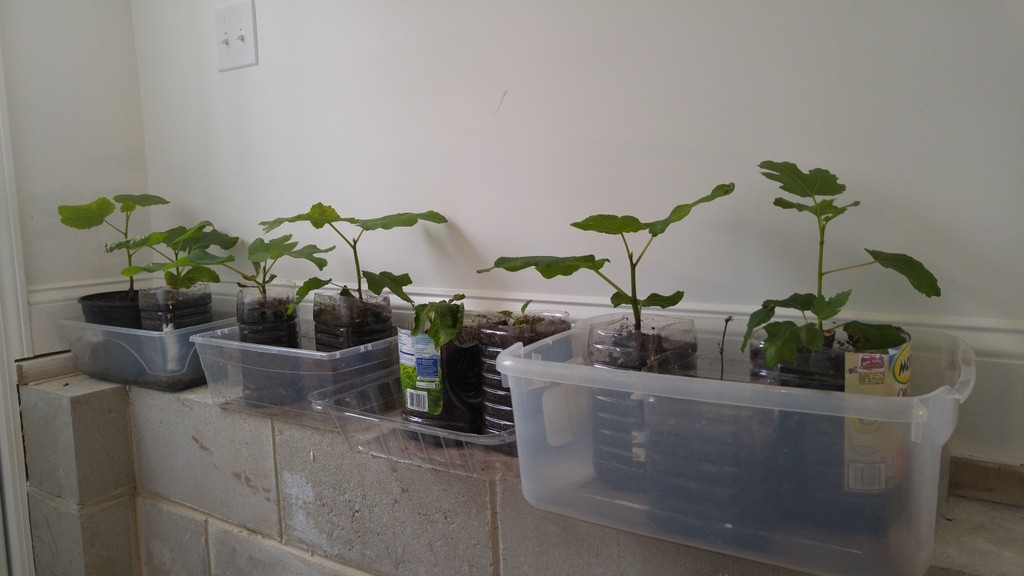 The figs I started back in October from cuttings are doing well! I’ve taken them out from under the lights, potted them up and put them in a sunny spot by the basement door. I’ll keep 2 of them, then give one to my aunt, one to my sister and at least one to the school garden. I’m delighted so many of the cuttings made it!

There’s a tiny Japanese maple seedling in there too that I got from ebay. It started to leaf out and then gave up, the leaves withered and I thought it was done. I babied it though and kept it moist and in the sun… now I see new tiny leaf buds! I think it’s coming back!