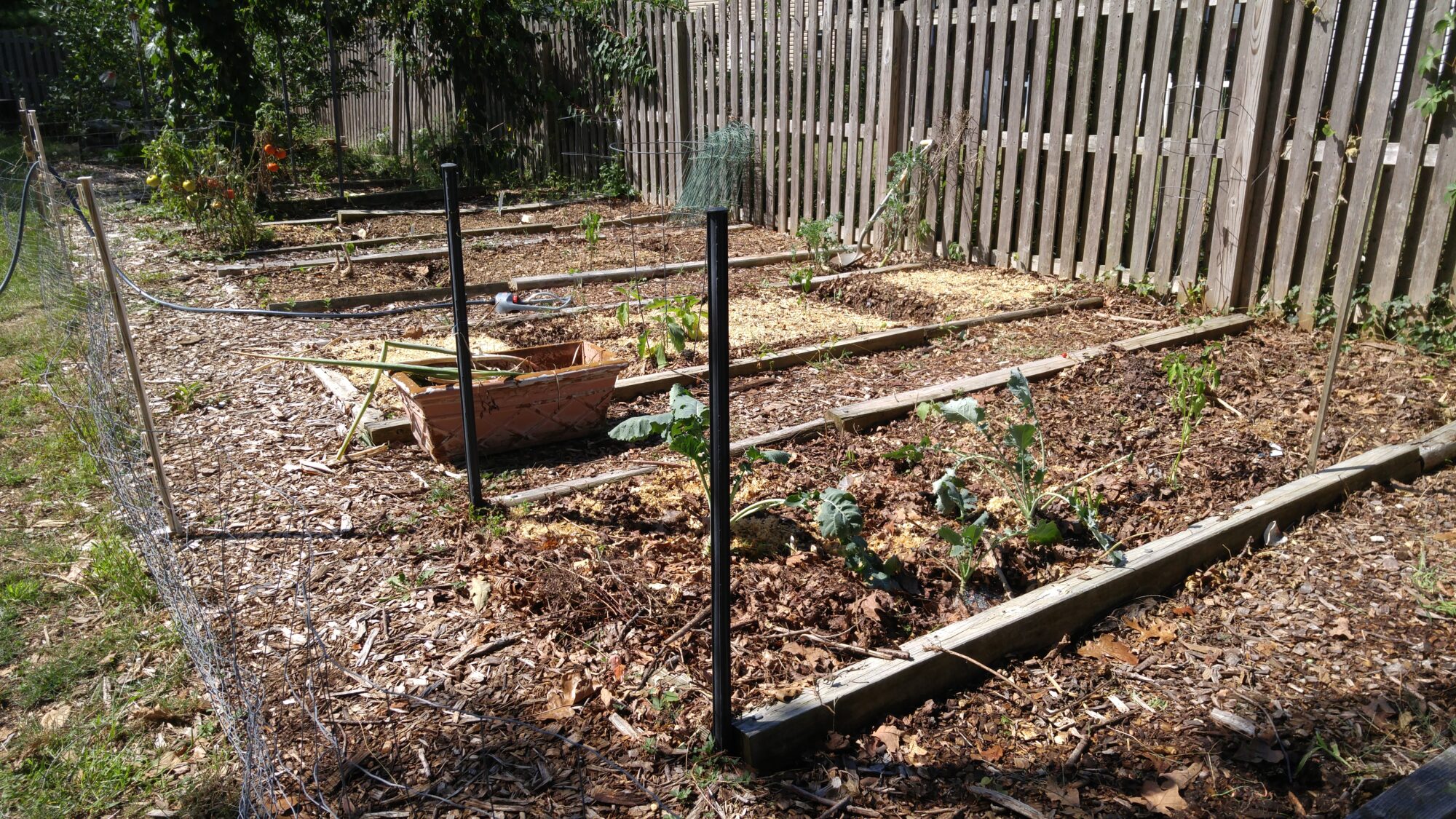 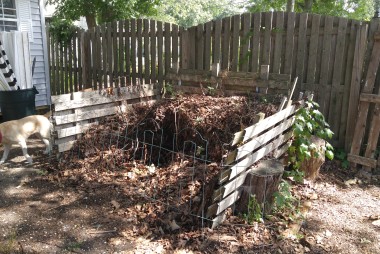 I’m looking to clear out and use most of my compost before the fall really starts dumping a ton more leaves on me. I’ve read of other gardeners making off with bags of their neighbor’s leaves that have been left curbside for pickup. Oy! Whether a blessing or a curse, this is something I will never have to do. That said, I try to use ALL the leaves that fall on my own property to improve the soil here and it’s sometimes difficult to figure out where to put them and how to handle them.

I used a lot of it mid-summer to mulch around the vegetables so when I needed to clear the beds for fall planting, there was a significant layer of very rough compost to either dig in or push aside. Instead, I decided to try another option. I’m a fan of the keyhole garden concept – a raised bed with a compost basket in the center. As compostables are added to the basket, they leach nutrient rich tea into the soil and fertilize the garden without having to haul finished compost around the yard. The less human intervention in the process, the better, right? Right. 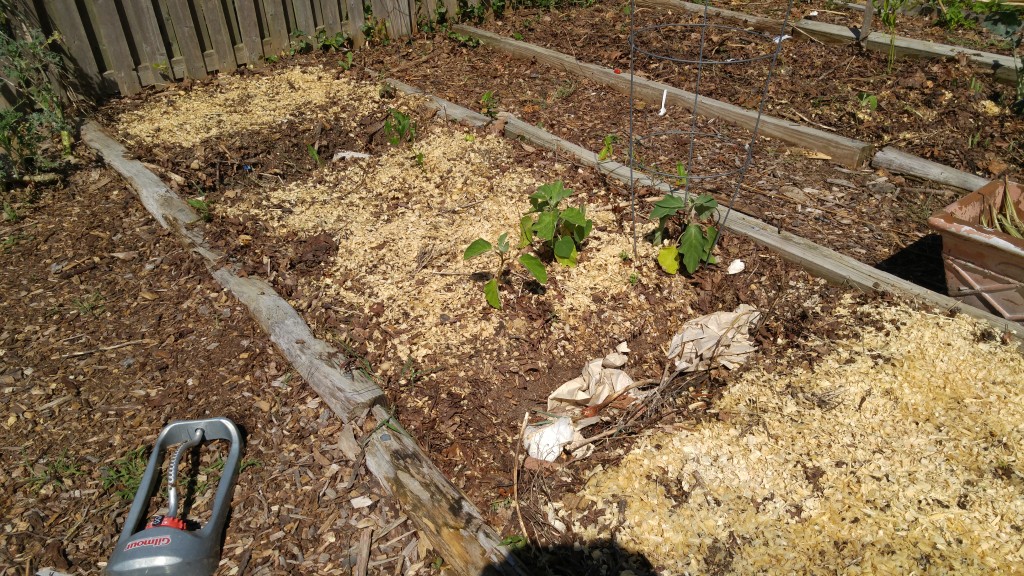 In light of this, I decided that a good way to deal the beds I was cleaning out now would be to dig a couple of trenches inside them. Take the soil from the trenches and spread it over the top of the compost layer and use those trenches as my keyhole-like compost baskets through the season. I’ve fenced off the garden area so the dogs won’t devour the scraps and I’ll bring them right from the kitchen to the gardens. This will allow me to break the cycle of my never-quite-finished compost pile and distribute the rest of what’s there before the new influx of leaves comes in.

In the photo above, you see the planted bed. I dug my trenches, spread the soil on top of the compost, planted kale seed and then covered it all very lightly with the bedding from the bottom of the bunny cage. I think this bed was particularly depleted this year and I think the kale will do well with the nitrogen boost. It’s also very light, fluffy stuff – so is shouldn’t get in the way of the sprouting kale and may help to hold some water over the next week of 80 degree weather. 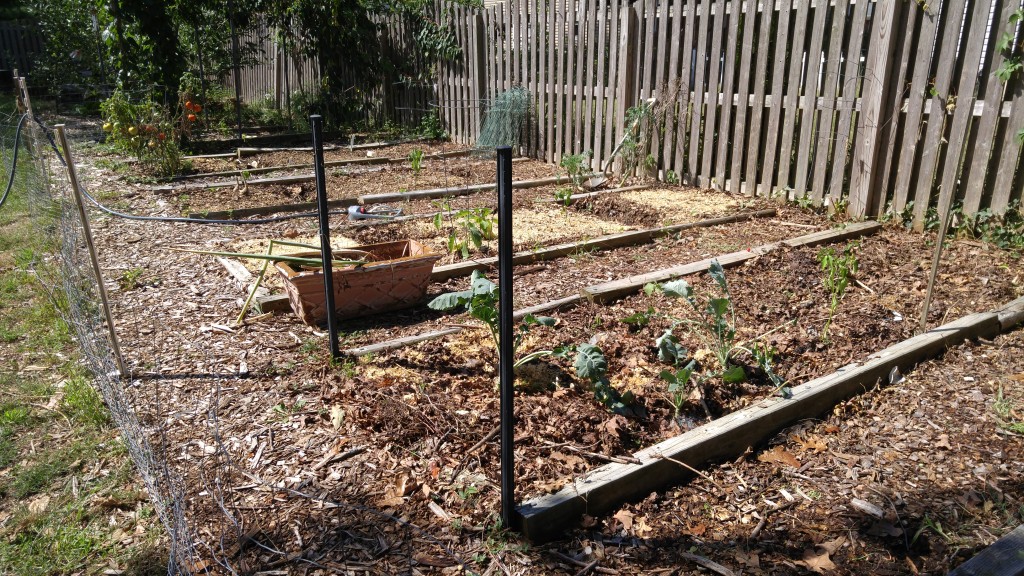 I did this in 2 more long beds where I planted broccoli raab, lettuce and rat tailed radishes. Lots of cruciferous vegetables this fall. Those cabbage moths are going to be my enemy this year. 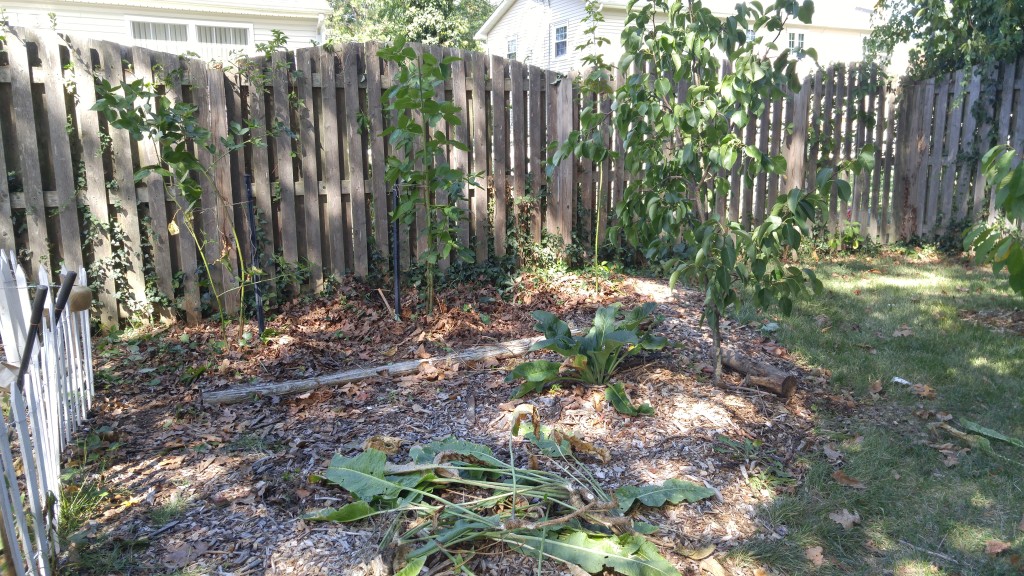 I cut the blackberry canes that had fruited this year down to soil level and left the new canes to give fruit next year. I tied them up to a couple of black, 4 foot plastic stakes and cut them at about 5 feet so they will branch more in spring. Horseradish was growing at their feet and last year I didn’t harvest in time before the plants died back. I lost it by winter and had no idea where to dig. I dug some up today so I got a few roots before the die back – that’s what’s laying on the ground at the bottom of the picture, above.

I’m also working on restoring SOME of the grass that the dogs and the pop-up pool destroyed in the yard this summer. Babying grass seed isn’t quite as fun as veggies, but at least it’s forcing me to turn the sprinkler on. Give it a couple of weeks and everything will be so GREEN back there!!

(look how I thwarted the lab with the new expanded garden fence. Mwahahaha.) 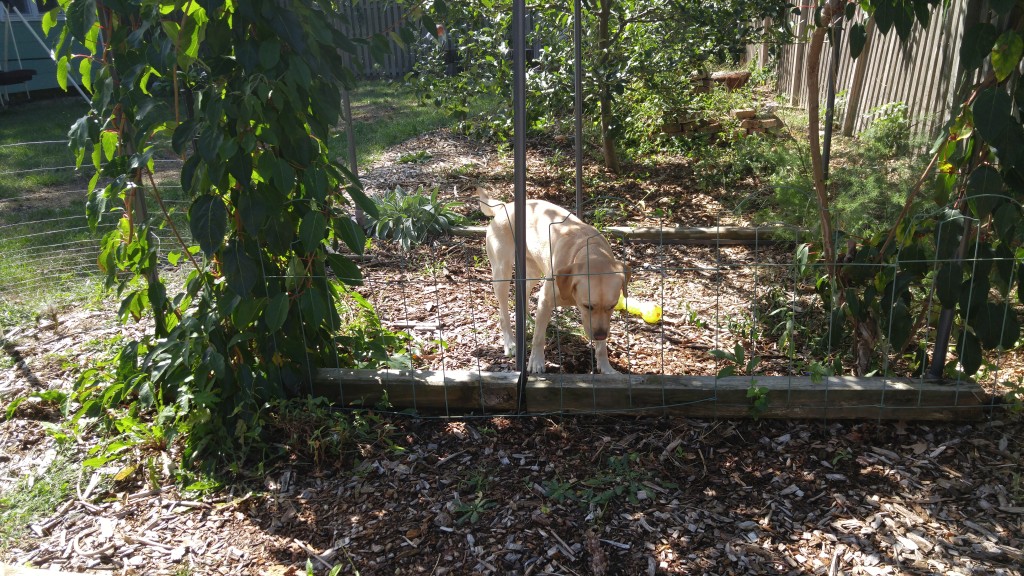