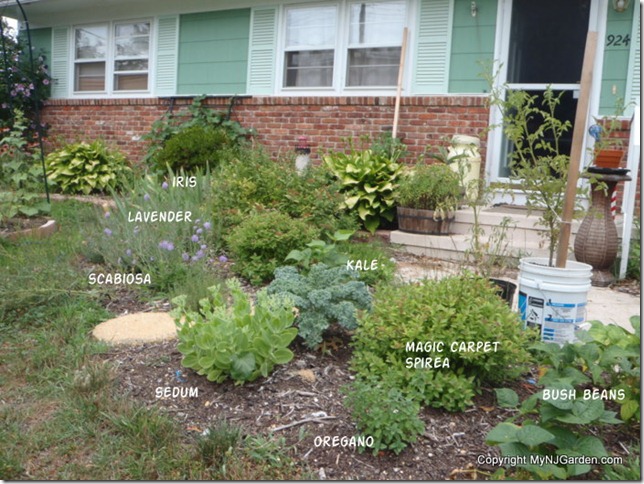 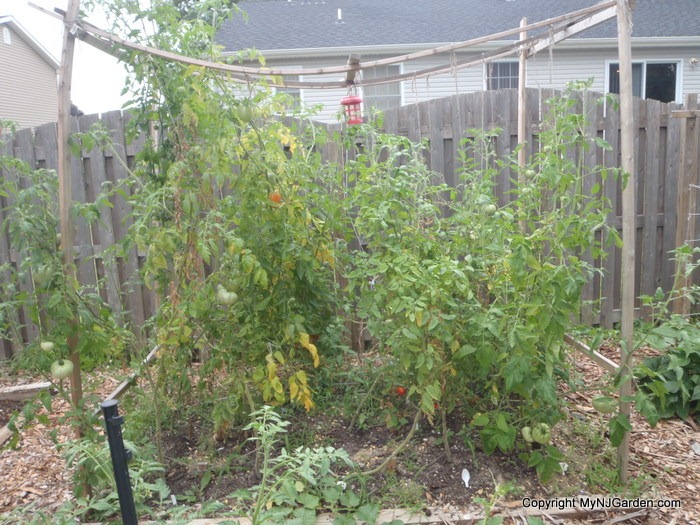 I haven’t posted in a while – it’s been a busy summer and I’ve been enjoying my garden’s bounty. Contrary to the title of the post, the garden’s been great so far. I’ve had more zucchini this season than last season. I’ve got a basket of fresh tomatoes on my counter that I’ve been using in tomato salads and the chocolate cherry tomatoes barely make it out of the yard because I LOVE them so much I eat them before I get them inside. And there are a LOT of them.

I’ve got melons on the vine – honey dew, sugar baby watermelon and a volunteer watermelon from the compost basket from a seed of one we enjoyed from the grocery store. All that huge ton of mulch I got from a tree service in the spring is doing a great job at keeping the weeds down, only a few really determined ones are popping up through the surface.

I’ve had to clear a lot of leaves and 3 whole plants out of my tomato garden because of some nasty blight that attacked them. I tried to keep the leaves up off the dirt, but I don’t have soaker hoses or drip irrigation and use mostly overhead watering. Next year, instead of cramming so many in the same garden, I’ll have to spread them out more. I think that will help a lot.

Oh, and I’m staking the tomatoes next year. I hate the strings. 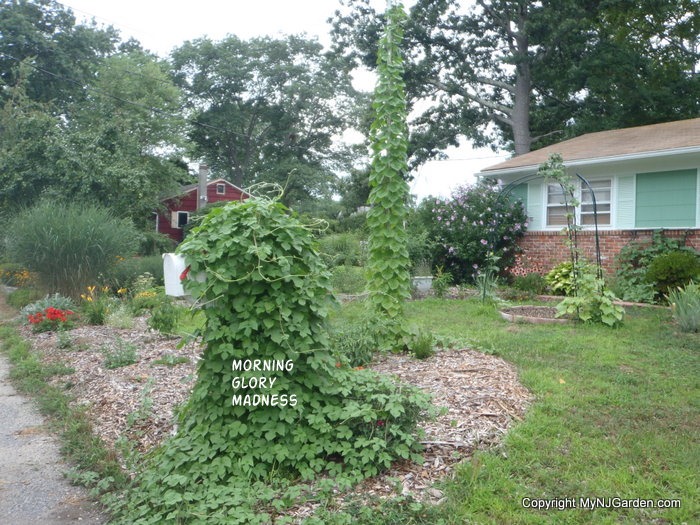 I’ve been knocking cucumber beetles off my cucumber plants. Each time I take a look at them there are a few more wilted leaves and the vines just don’t seem to be going anywhere, not like last year.

Here’s some more of what’s going on in MyNJGarden… 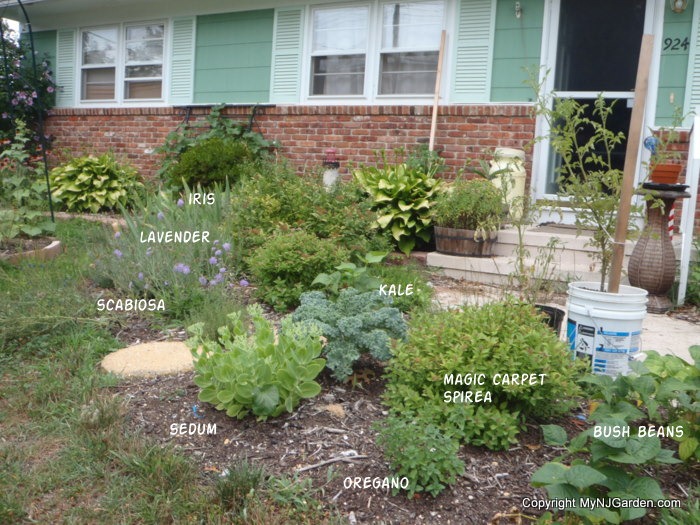 This front  yard entry garden is doing alright. I love the way the kale looks tucked in there. I need to plant more of them NOW so they look good into the fall when some of that loveliness starts to die back. 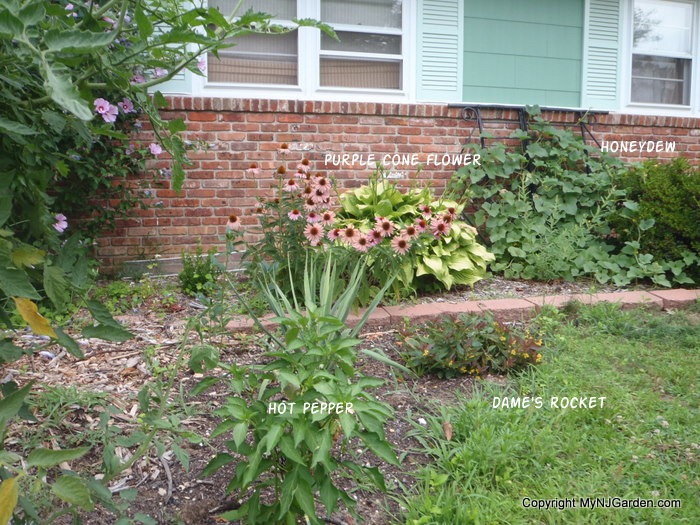 Now there are 3 honeydew melons growing on that vine I planted against the bed frame trellis but I had a surprise volunteer honeydew popup in one of the veggie beds in the back yard and that looks like it’s in even better shape than this one. Good thing too. I bought a honeydew at the grocery story yesterday and it was $5.99! WHAT?! 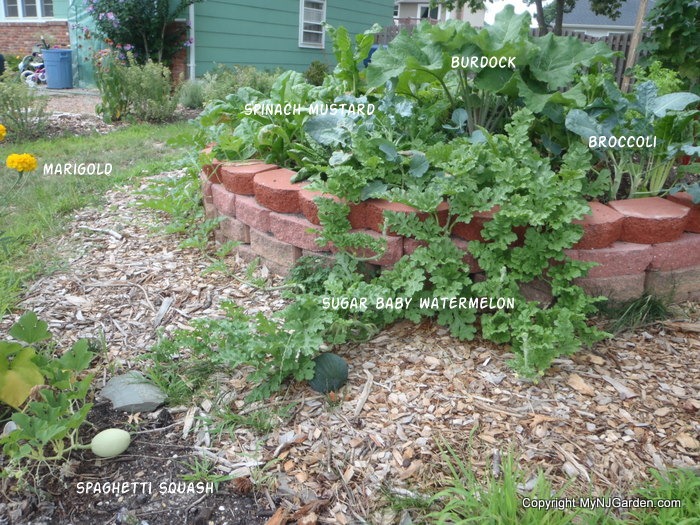 The keyhole garden is the greatest thing since sliced bread. I love it. I pick greens from it almost every day and I love the way the melon vines are spilling over the sides. That crazy huge burdock plant was kind of a surprise though. I’m glad I only put one in there. I had NO idea it would get so BIG. Those leaves are the size of a pizza! Very cool looking, I hope I like the flavor of the root. Not sure when to harvest/what to do with it yet. Just wanted to make it grow! haha. 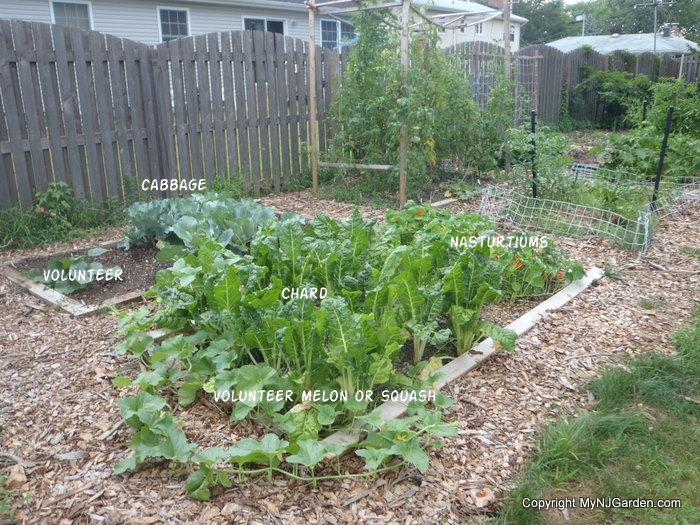 There is that volunteer honeydew vine I told you about down at the bottom of the picture. I seem to always have good luck with chard. It likes my soil and my compost. It’s the most successful crop I grow, hands down. My cabbage isn’t really heading up, but I’m picking the leaves off, much like harvesting my chard, and enjoying them that way. Who needs a whole head of cabbage anyway? 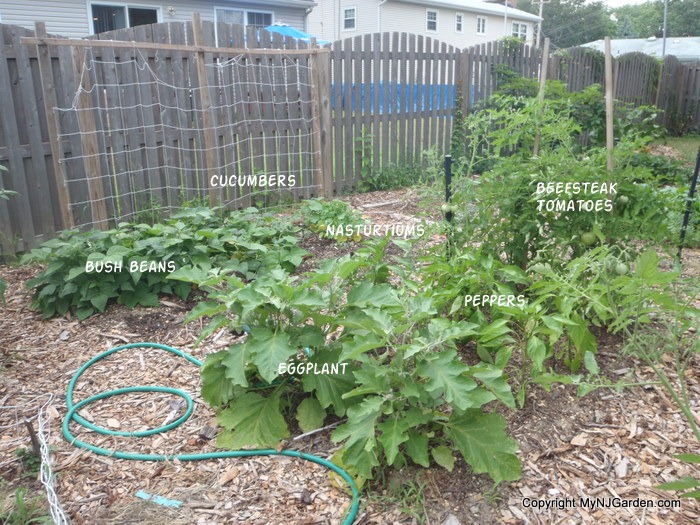 My main tomato crop may be disappointing, but these 2 staked beefsteak tomato plants are awesome. Those tomatoes on there are huge and each plant has quite a few big ones ripening. I’m going to save seeds from one of them for next year. 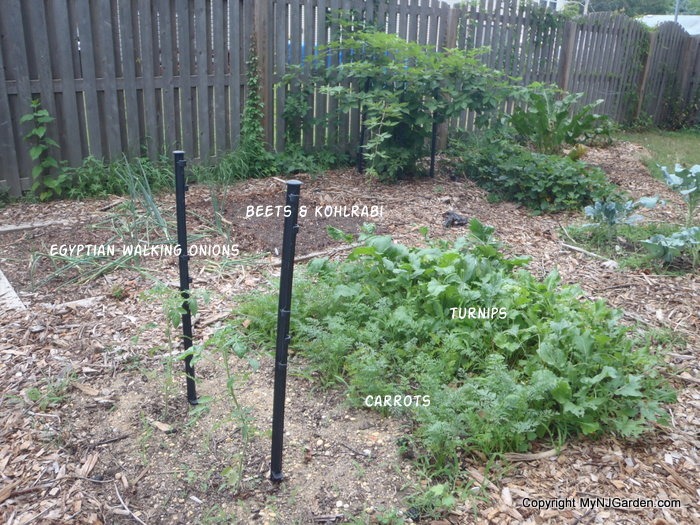 I picked some good looking turnips today but was sad to see they had a few holes in them. I think some cabbage worms have been tunneling around in there… 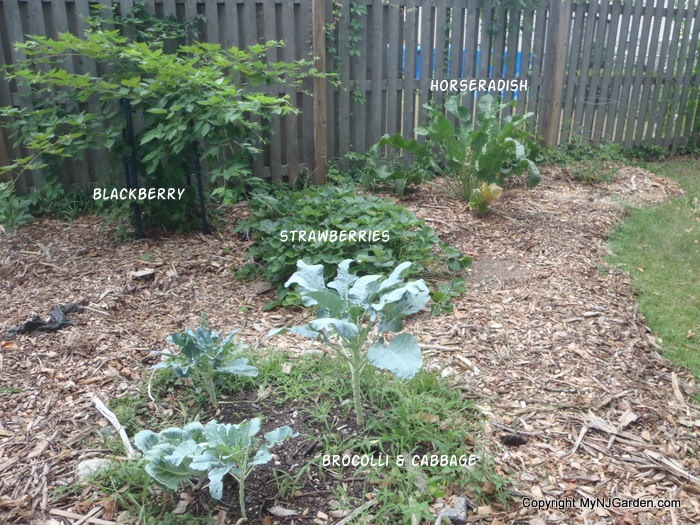 I hear I’ll be getting blackberries on the plant you see above next year. I planted it last spring, but didn’t get much growth last  year, so I’m thinking all that mess counts as first year vines meaning they will fruit next year and then I’m supposed to cut them down. I’m playing around with the idea of taking this bush out because it’s an Illini blackberry, a thorned variety, and those babies are SHARP. I’m not real excited about picking blackberries off that bush. Maybe when they finally show up though, I’ll be so psyched about it I won’t care.